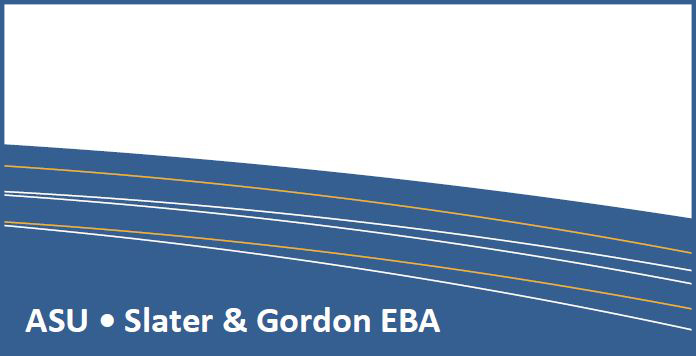 Staff who are covered by either of the proposed agreements should have received an email with details of how to vote either online or by telephone. If you believe you are covered by either of the Agreements and did not receive an email with the instructions for voting you should contact HR immediately. If you have problems voting you should contact the independent organisation that is conducting the vote – CorpVote – by phone 1300 147 797 or by email – support@corpvote.com.au. Voting Closes at 11:59pm AEDT on Monday 18th December 2017. The results should be released on Tuesday 19th December 2017.

It is not compulsory to vote but your ASU delegates recommend that you do vote so that it is clear that everyone has expressed an opinion on these Agreements. An agreement is approved if over 50% of those voting, vote in favour of approval. No information about how you vote is available to Slater and Gordon. Also you can only cast a vote about the agreement that you are covered by.

If either or both the Agreements are approved by staff our aim is to submit the paperwork to start the approval process with the Fair Work Commission (FWC) before Christmas. There are already significant delays in processing of agreement approvals at the FWC and the time will also be extended because of the Christmas break.

All things going well we expect the approval to be completed in March 2018.

If you have questions please contact your local ASU organiser or ASU delegate - for details download the full bulletin: