A report released this month has revealed the extent of tax avoidance undertaken by US-based oil giant, Chevron, on its largest global project – the Gorgon LNG project in Australia. 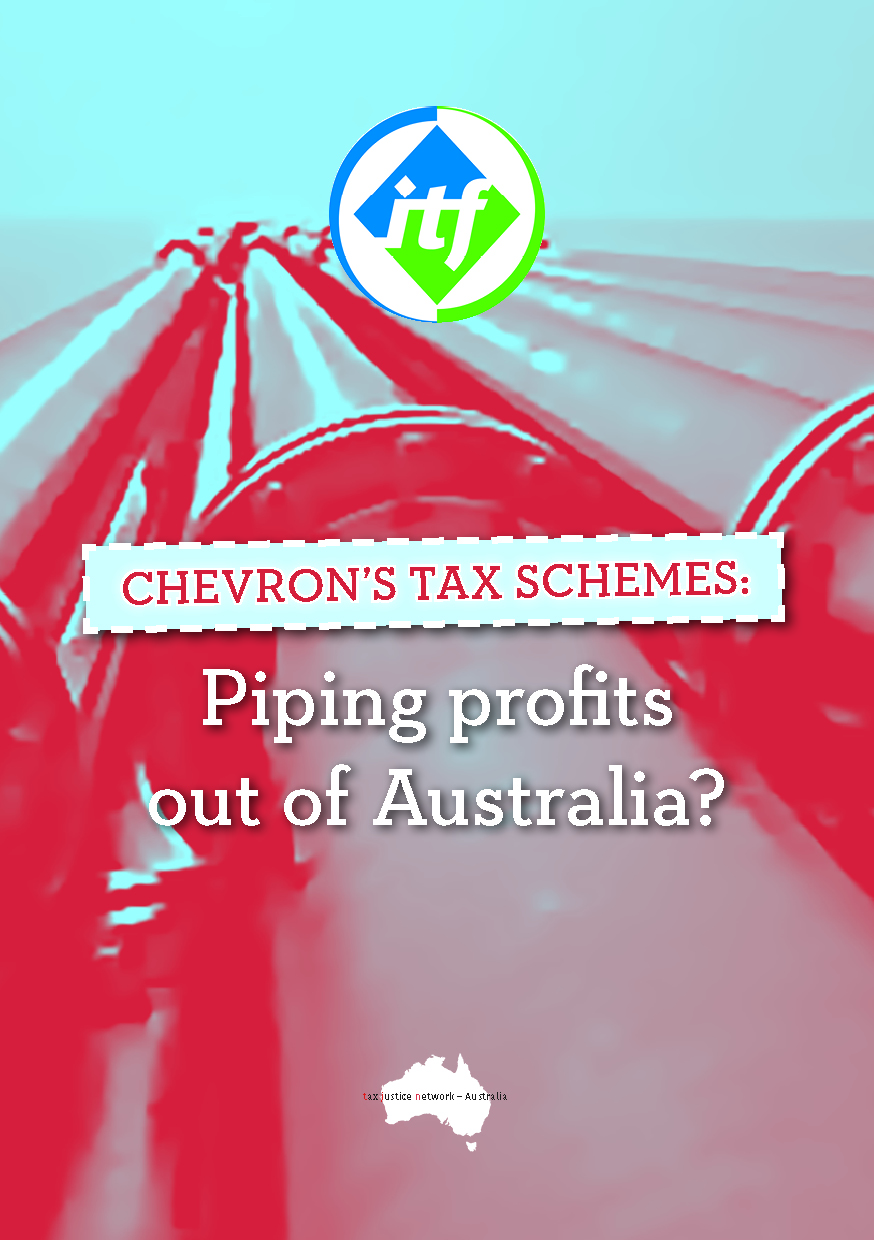 The report, Chevron's Tax Schemes: Piping profits out of Australia?, was produced by the International Transport Workers' Federation (ITF) and endorsed by the Tax Justice Network Australia and has unveiled how much tax revenue may be lost through complex profit shifting schemes.

At the same time as Chevron has set aside AUD$352 million to settle a lawsuit with the Australian Tax Office (ATO), Chevron has developed a new tax avoidance scheme. This high-interest related party loan, from a Delaware subsidiary, is worth more than AUD$35 billion.

This new tax scheme is currently being audited by the ATO. Chevron and other oil companies in Australia are being called before a Senate Inquiry into Corporate Tax Avoidance.

ITF President Paddy Crumlin has called on governments around the world to take responsibility for closing down the loopholes Chevron and others use.

"For public confidence in the integrity of tax systems, they must be transparent and fair.

"The gas that will be extracted from Australia's waters and sold overseas is owned by the Australian people and as a result should benefit those people through jobs and tax revenues," Mr Crumlin said.

"If Chevron and other multinationals paid their fair share, governments would not have to cut funding for schools, hospitals and other essential public services."

The report was released at the Global Labour Tax Summit held at the International Labour Organisation (ILO) in Geneva.

"The current international corporate tax laws were written in the 1920's before the ball point pen and the photocopier had been invented — yet 40 years after we put a man on the moon we still can't properly tax a shipment of gas to pay for our children's schools."

"The technical solutions exist — what we lack is the political will", Ms Pavanelli said.

Chevron's Gorgon project in Western Australia is the world's largest liquefied natural gas (LNG) project. It will be a major supplier of energy to the Asia-Pacific region for decades.

According to Chevron's 2014 annual report, it has US$35 billion in untaxed profit stashed in off-shore accounts. Chevron is unable to estimate the tax it may be required to pay given the ongoing examinations by tax authorities in countries around the world.

"If Chevron avoids so much tax in Australia, imagine what they might do elsewhere" Ms Burrow said.

Chevron's tax filings have not been approved by the United States Government since 2008; in Nigeria since 2000; Angola since 2001; Saudi Arabia since 2012 and Kazakhstan since 2007.

The ASU is an affiliate of both PSI and the ITF.