The ASU supports Dave Oliver's call for a national, broad based, independent anti-corruption body. Singling out only trade unions, as numerous Coalition Governments have done over the years, has been a waste of time and money when the greatest incidence of corruption in Australian society has been elsewhere. The ASU and the union movement in general welcomes fair scrutiny, but we demand that scrutiny is cast over all institutions - only then can the public regain confidence and trust in them. 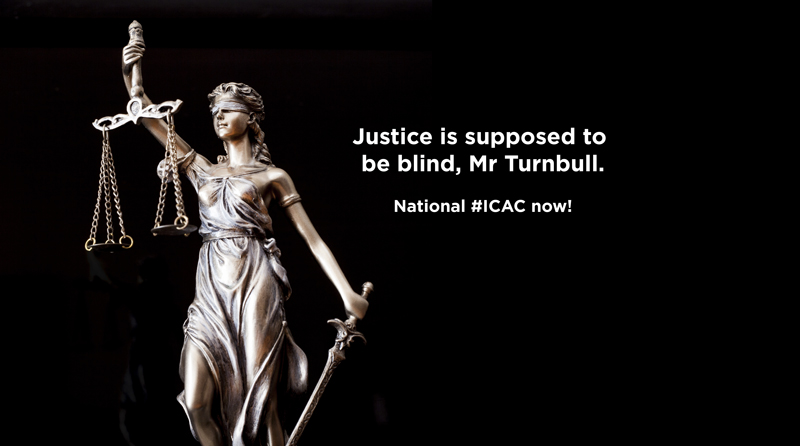 We welcome the comments from Senator John Madigan yesterday:

When constituents approach me complaining of corruption, unfair practices and unconscionable conduct their complaints inevitably relate to their treatment at the hands of banks, financial planners, lawyers, accountants, valuers, doctors, builders, major supermarket chains or government departments. Not once has a constituent approached me to complain that they were ripped off by their union, yet this seems to be the government's exclusive focus.

It's time our federal politicians of all stripes grasp the nettle and introduce an anti-corruption body with teeth that will not only root out current and past incidents of malfeasance, but prevent future ones occurring.

Rebuilding confidence in our public institutions: the need for a national corruption watchdog 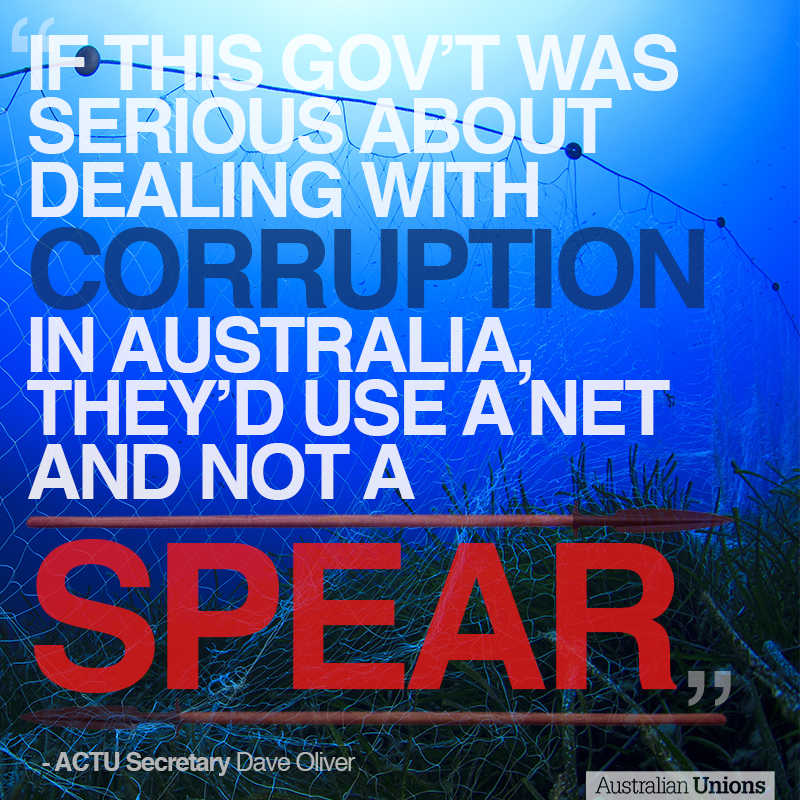 Sledging our political and public leaders is a favourite Australian pastime, but in recent years mistrust of government, political parties, corporate Australia and even some sections of the non-government sector has hit an all-time low.

Whether it be corruption uncovered in the Commonwealth Bank, corruption in the NSW Liberal Party which resulted in 10 MPs resigning from the Party, or corruption in our sports bodies, it seems to be everywhere we look.

The politicisation of public institutions such as the Royal Commission into trade unions only serves to reinforce this public sentiment. Partly because it highlighted a small number of individuals who have done the wrong thing, but equally because of the way the Commission was used by the Federal Government to pursue its own political agenda.

We are tired of seeing those in power trampling on workers and communities via corrupt business practices. That is why we need a permanent independent national body to investigate allegations of corruption across the board, wherever it hides. Learning from the experiences of the NSW ICAC, a national independent body with the power to examine allegations of wrong doing in our political, business and social institutions will restore our faith in the governance of those institutions.

If we had a strong independent national corruption watchdog which was empowered to investigate sporting bodies we may not be seeing some of the scandals in recent times.

This approach stands in contrast to that of the former Abbott Government, which was to target organisations who opposed them while turning a blind eye to those who support them. Using a Royal Commission to interrogate trade union corruption did not address the need for high quality governance in all our institutions, it merely provided a vehicle for Tony Abbott to undermine his political opponents.

It was announced amid promises of improving outcomes for workers, but instead became a political witch-hunt. Initially planned to report in early 2015, it was extended to report at the start of an election year – red-flag. It was headed by Dyson Heydon – a known supporter of the Coalition, who accepted an invitation to be guest speaker at a Liberal party fundraiser. Big red-flag.

I'm appalled by the behaviour of rogue individuals in some labour organisations just as I'm appalled at what has happened in the banking sector and in the NSW Liberal Party. But with the extensive resources including a dedicated police force, access to all the records of unions, 500 witnesses, extensive phone tapping and looking at a period of over 30 years, the Royal Commission uncovered only a handful of individuals.

The fact that a Royal Commission supposedly about stamping out corruption has recommended that union officials lawfully on site to investigate safety breaches can be removed by government officials – for no reason – says a lot about the real agenda of the Commission.

The Government knows it will face stiff opposition from unions again on its plans to attack penalty rates and rights at work. So it was no coincidence that days before the Royal Commission report was released, the Government's Productivity Commission handed in its report on workplace relations. The report recommended cuts to the pay and conditions of workers in hospitality, retail, events, accommodation and entertainment. Much of the report reads like sections of WorkChoices – making it easier to fire people unfairly, individual workers being presented with take it or leave it contracts, cutting penalty rates and making bargaining harder.

Company executives are already emboldened by this agenda. Alcoa last week used security guards to forcibly remove workers from their beds in the middle of the night, sack them and replace them with $2 per hour overseas workers.

We recognise that in any part of society there is potential for corruption, but using a Royal Commission to attack one section of the community does not address the need to stamp out corruption across all institutions, without bias.

The Union movement is a membership movement without equal in Australia. By forming and being in unions, Australians have achieved annual leave, long service leave, protection from unfair sackings, personal leave for illness and caring, decent retirements and many of the other things.

From the ashes of a biased and politically motivated process, we may be able to salvage something and even deliver some sensible reform.

The question for Malcolm Turnbull is whether he is can put the political approach of his predecessor behind him and take a wider view of the need to stamp out corruption across the board, rather than simply targeting unions. A test of his ability to do so will be his willingness to embrace a permanent independent corruption commission.