Union says plebiscite on marriage equality will cause workplace discrimination

The long-standing ASU position on marriage rights for LGBTIQ people is that it’s simply a matter of equality, and therefore we support changes to the relevant laws to ensure the LGBTIQ community has access to marriage on an equal basis with non-LGBTIQ Australians. Today we are adding our opposition to the plebiscite proposed by Malcolm Turnbull’s Coalition Government – we believe the plebiscite invites and encourages division and discrimination in our communities and consequently will create unsafe workplaces. 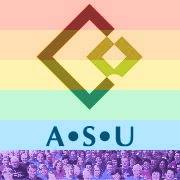 The ASU’s chief concerns with the plebiscite go primarily to the damage it will cause to social cohesion. The debate, to be funded by taxpayers to the tune of $15 million, runs contrary to values already enshrined in Australian laws around harassment and discrimination, as well as health and safety laws put in place to protect workers from vilification at work.

The ASU therefore campaigns against the plebiscite to protect our members, workers in general and a harmonious community that respects everyone in it.

The ASU is a proud supporter of marriage equality.

“The Turnbull government has proposed a non-binding and costly plebiscite be held that would in effect result in significant public vilification of a wide range of people, including the children of same sex couples, and have no more legal standing than an opinion poll.

The ACTU Executive believes that during a time when more people are having their jobs destroyed, their wages cut and their living standards diminished it is not appropriate to spend in excess of $160 Million on a national opinion poll.

$160 Million would be better spent providing training to young unemployed workers, restoring refuge services for the victims of domestic violence or putting back funding that was stripped out of much needed community legal services.

The ACTU Executive believes that all people in Australia must be treated equally in law.

The ACTU Executive calls on the Turnbull government to allow a free vote on this issue thus avoiding a divisive and costly plebiscite and providing an opportunity for our elected representatives to ensure equal rights for all couples regardless of their gender.”

In the vast majority of Australian workplaces, it is no longer acceptable to critique, make fun of, or worse, discriminate against LGBTIQ people due to their sexuality and/or gender identity.

A plebiscite for marriage equality not only licences such behaviour – it encourages it.

As the union for the social and community services sector, ASU members acutely understand the harm this sort of ‘debate’ would cause for the entire workforce, and in particular the LGBTIQ community.

The core values of our Union are equality, rights and safe workplaces – a plebiscite and opposition to marriage equality flies in the face of these values.

The ASU will continue to campaign against a plebiscite for marriage equality and for a successful vote on a Marriage Equality Bill within the Australian Parliament.

Whether you identify as LGBTIQ or not, equality as a general principle is at stake in this debate. To allow a plebiscite debate to occur can only cause angst for all fair minded people, and potentially worse consequences for those directly affected and their families (especially children). The ASU does not want to see workplaces and the community divided by this patently unnecessary debate. It’s time for Malcolm Turnbull to show some leadership and steer this Parliament to a free vote on marriage equality.