Statement from ACTU President Ged Kearney: The Turnbull Government’s blind pursuit of the troubled Trans Pacific Partnership agreement will sacrifice workers and Australia’s sovereignty for the profits of multinational corporations. 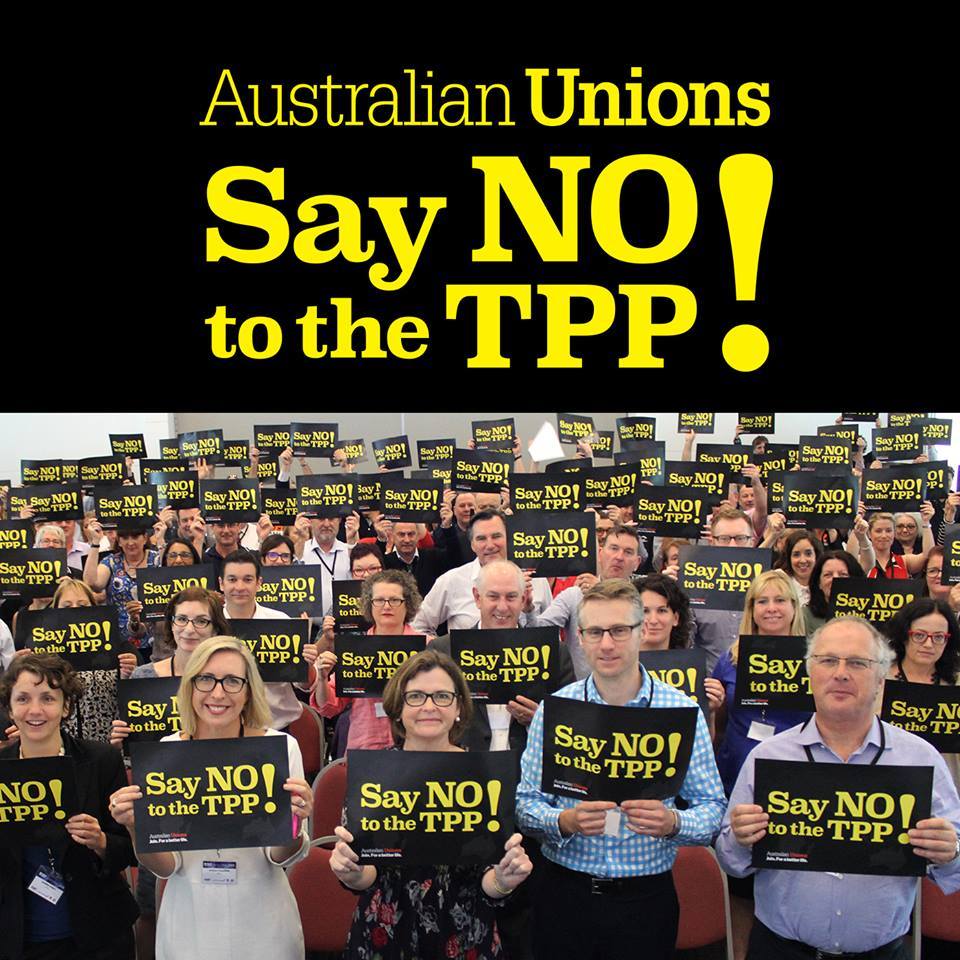 Steve Ciobo has said that the deal is “18 free trade agreements”. The Australian people haven’t seen the text of one agreement, let alone 18. This process is a mess and makes a mockery of our democratic principles.

The TPP will allow unlimited access to workers from Canada, Mexico, Chile, Japan, Malaysia and Vietnam, through a visa program which we know allows the wholesale exploitation of migrant workers, while also tearing the bottom out of the domestic labour market.

This agreement will allow employers to overlook local workers for good steady jobs like nurses, engineers, electricians, plumbers, carpenters, bricklayers, tilers, mechanics and chefs. In regional areas where youth unemployment is at crisis point this is simply unacceptable.

Despite the US pulling out, deeply compromising the agreement, the Turnbull Government appears intent on signing the agreement, no matter how many Australian jobs it will cost or how much power it will hand to multi-national corporations to override our laws.

Trade agreements like this are pin ups of the failed neo-liberal experiment that has left us with flat wages and inequality at a 70-year high.

The Turnbull Government should abandon this deal and focus on improving wages for working people and creating jobs for Australian workers.