The ASU’s submission to the Senate inquiry into the Liberals’ proposed cuts to paid parental leave was released to the public last week. After the input of members and supporters late last year, our submission argues cuts to the existing paid parental leave scheme are unwarranted, and will mean that parents are likely to spend less time with their newborn babies. 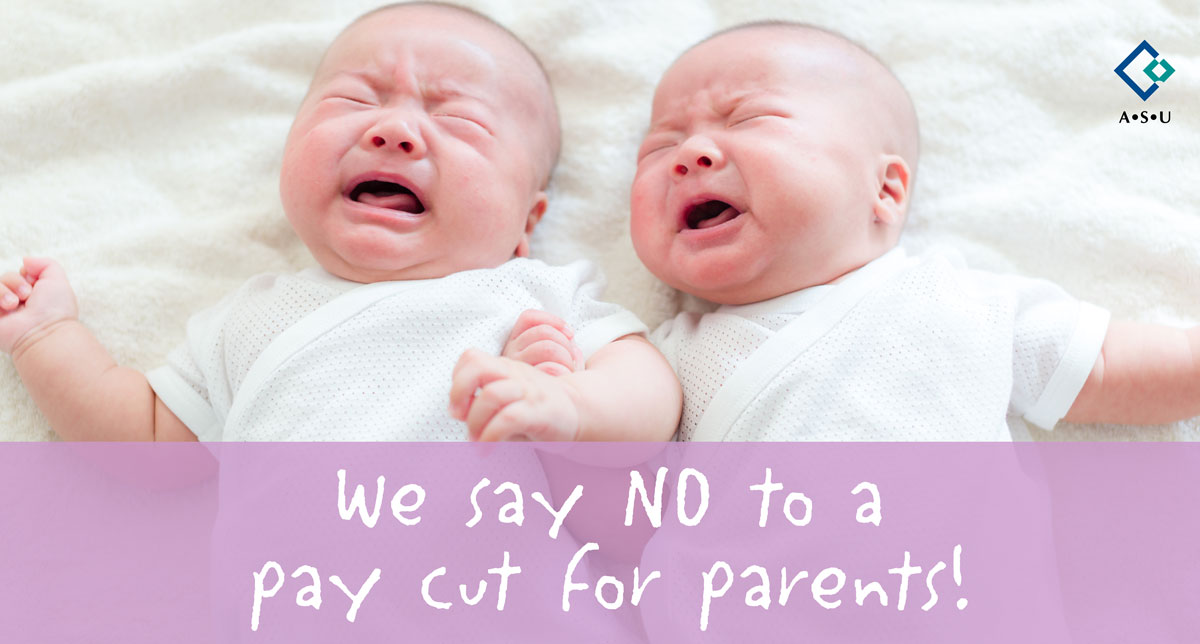 In 2011, after decades of campaigning by unions, community, family and women’s groups, Australia’s first ever national paid parental leave (PPL) scheme was introduced, making Australia one of the last OECD countries to do so

The ASU is bitterly disappointed that a scheme that has proven to be successful is currently under attack by the Turnbull Government. For many parents those cuts will mean being forced back to work sooner than otherwise planned, increasing both family and baby stress levels, affecting the health and development of the child, decreasing the chance of continuous breastfeeding and adding an increased cost to families and the government by forcing more families to find child care sooner.

Turnbull’s proposed cuts to parental leave will increase the gap between wealthy and other Australians in contemplating the financial repercussions of having children. With Australian housing affordability dire, for example, electing to take time out of the paid workforce to have a baby and raise a family is already problematic and will only get worse with the government PPL scheme wound back.

I would have to return to work sooner than I would want to. This would be extremely difficult as finding childcare is hard and expensive. It also impacts on whether I can continue breastfeeding.
Claire, Victoria

The ASU’s submission recommends the Senate Committee rejects Turnbull’s proposed changes and instead, recommends that PPL should be extended. Our key concerns covered in the submission are:

Because 13 weeks of employer funded PPL is not enough. You need time to adjust to being a mum and learn to look after a baby. It would have been financially impossible for me to take unpaid leave for the balance of 12 months.
Joanne, Victoria

The ASU’s arguments for extending paid parental leave, instead of cutting it, quote the Productivity Commission finding that 18 weeks is just not enough time:

“There is compelling evidence of health and welfare benefits for mothers and babies from a period of postnatal absence from work for the primary caregiver of around six months. There are also reasonable grounds to expect benefits from longer periods of exclusive parental care up to nine to 12 months.”

We also quoted the findings of the recent Senate Economics References Committee in their Report “‘A husband is not a retirement plan’, Achieving economic security for women in retirement” which made the following recommendation:

“The committee recommends that the Commonwealth Paid Parental Leave Scheme continue to be improved over time to allow for 26 weeks paid parental leave through the combination of government and employer funding.”

So I could spend maximum time with my child before having to go back to work as we cannot survive on one wage.
Suzanna, Western Australia

ASU members will appear before the Senate Committee next week to give firsthand evidence as to why the Senators should reject the proposed cuts to paid parental leave. The hearing is open to the public so members and supporters can come along: [EDITED 27/1/17] Wednesday 1 February at 11:40am to 12:25pm in the Legislative Council Committee Room at Parliament House, Spring St, Melbourne - other union appearances are scheduled following ours, right up to 1.10pm.

Our members have told us in clear terms to fight the cuts to PPL which they believe are wrong, unfair and will take Australia backwards. And that’s what we will continue to do. Stay tuned on ASU social media for further news on this next week.