You can be forgiven for missing this fantastic news during #Budget2017 because it was not announced with any fanfare by Treasurer Scott Morrison or the Minister for Social Services Christian Porter. The Federal Government’s long drawn out war to whittle away Australia’s modest paid parental leave scheme is over, for now, and the ASU members who fought to protect the well-being of future generations are justifiably celebrating! 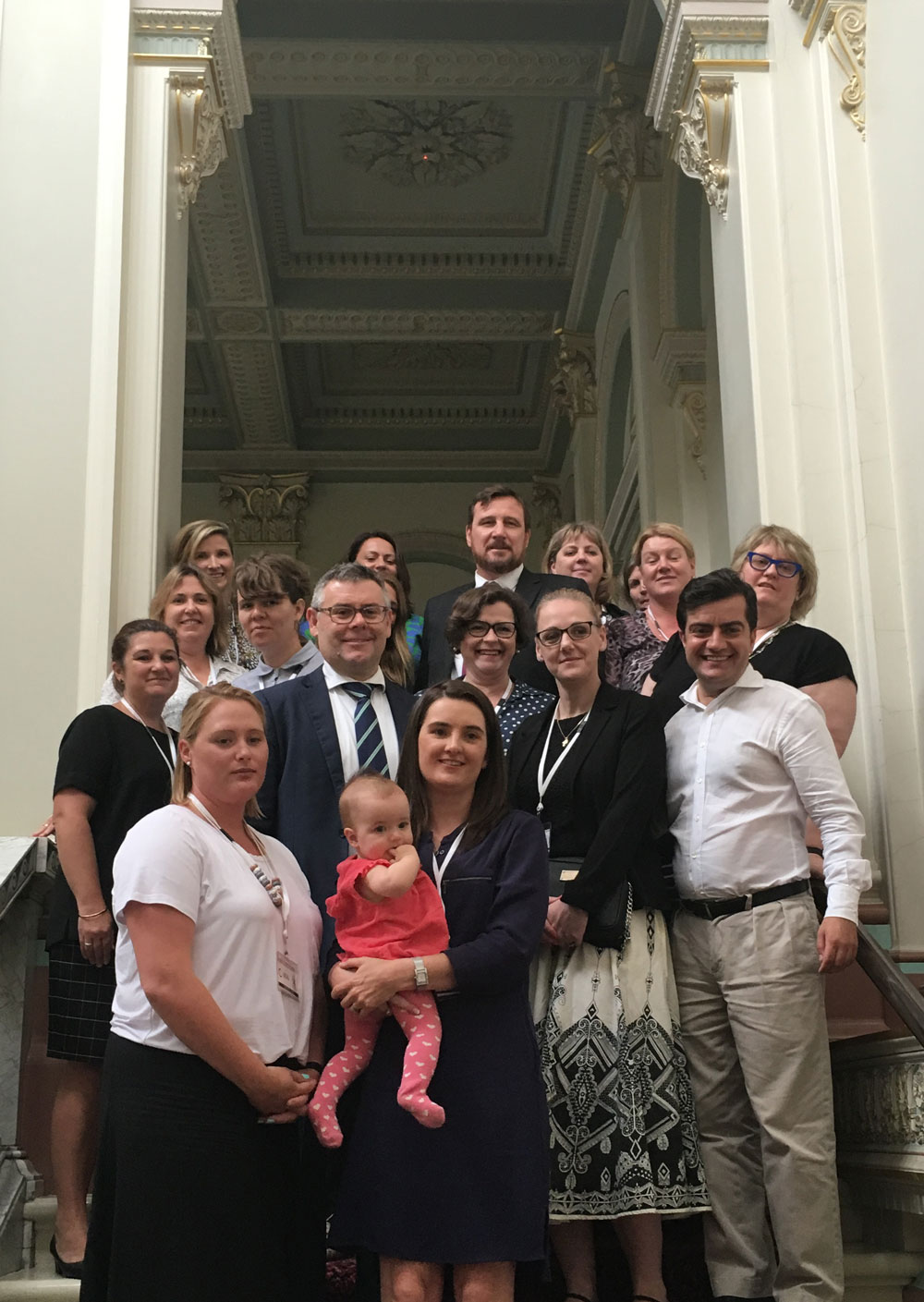 Of course, the Federal Government would really like to go ahead with the cuts to paid parental leave, to demonising parents as double-dippers and frauds, but we’ve all done such a good job of defending the existing scheme that Turnbull and co know they won’t get the cuts through the Senate. At least for now.

Australian workers have a lot at stake that they fought for over years for themselves, their families and future workers coming along.

The ASU alone has 420 workplace agreements that contain paid parental leave that were at risk of being undercut. Even many employers came out to tell the Government their proposed changes weren’t a good idea.

Most recently, ASU members from airlines, community services and local government appeared before the Senate Inquiry into the Government’s proposed paid parental leave cuts. Together we urged the Senators to oppose the cuts because they will take Australia backwards and mean parents will have less time with their newborn babies. That’s our delegation in the photo from 1 February 2017.

We’re excited to celebrate this victory and congratulate the amazing effort from various parts of the ASU and our partners in other unions and supporting organisations.

It ain’t over till it’s over

Although we’re celebrating, we also know that the Turnbull Federal Government could turn around and try again to slice away at the government PPL scheme, and they’ve made it clear that remains what they wish to achieve. Until then we’re putting this on the winners’ board, and keeping an eye out for any future threats.

Thanks and well done to everyone who signed petitions, wrote emails, filled out surveys to back up our research, called their MPs, marched and appeared at the Senate Committee hearing in February. When we campaign together, we win! 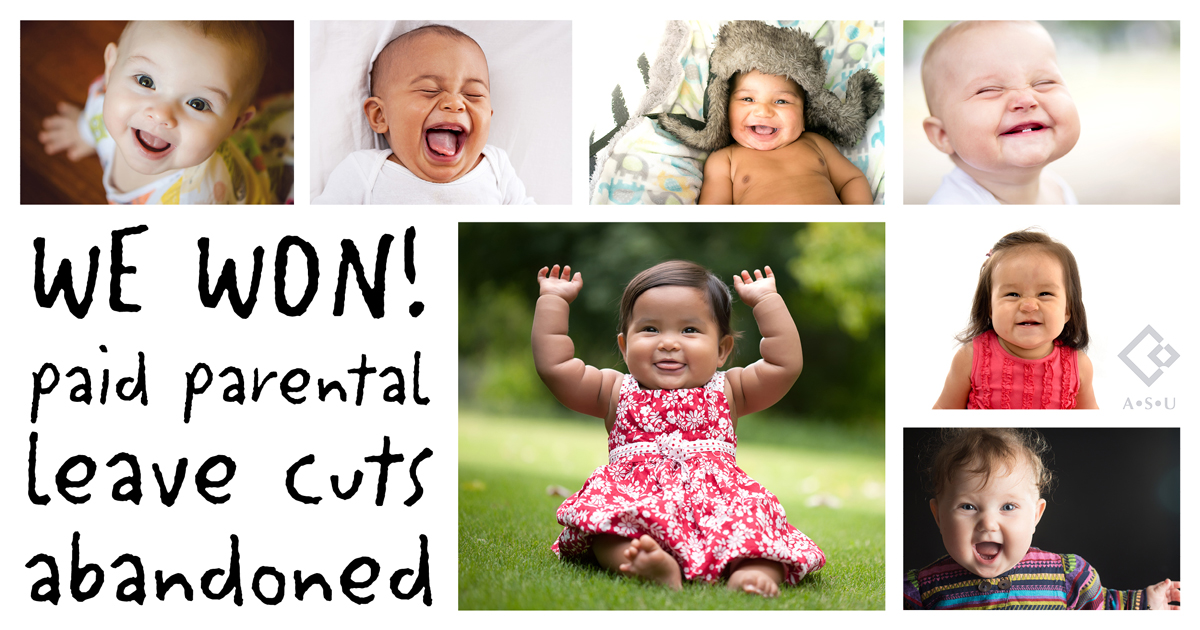