This is a critical year when local communities are experiencing the negative impacts of significant budget constraint imposed by all levels of government. Nevertheless it is a time when investment in services and infrastructure is of utmost importance to the resilience of local communities. For this reason the ASU is highlighting the issue of local government finances and the importance of allowing individual councils to plan for their local community’s needs. 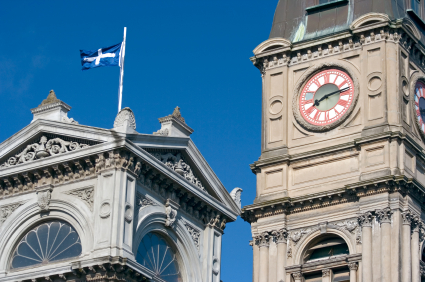 Under state and territory laws in recent times, local government has been increasingly required to do more in areas as diverse as:

Rate capping is another area of contention, when state governments impose restrictions on the amount of rates that councils may charge for services.

Rate capping and cost shifting can have dramatic impacts on the financial viability of councils and subsequently the type of services that they are able to provide to communities.

For more than 40 years, federal governments have given funding to local councils to ensure our communities can continue to provide vital services, such as those listed above.

This has at times been via direct project funding, which has helped build and restore services. We saw this during the Global Financial Crisis with injection of funds into communities, supporting local employment and local spending. This, in turn, built more jobs and services in our communities, like local store purchases, schools, hospitals, ambulances and much more.

It must also be acknowledged that the Consumer Price Index (CPI) does not measure council cost pressures. CPI tracks changes in prices for a basket of consumer goods and services commonly purchased by households. Some of these items are food, alcohol and tobacco, clothing, health, education, and insurance, among other items.

None of these items are factors in local government expense. Most councils spend their revenue on things like (among a plethora of other cost factors):

It is notable that none of these key costs is tracked in CPI measurements made by the ABS. Therefore to compare local government cost increases with movements in CPI is to draw false comparisons.

There is also a need to realise that local government faces increased demands from the community as standards of living grow and the population grows and ages.

When federal governments search for answers on creating jobs, local government delivers. In regional areas the local council is often the largest employer - this enables the council to provide much needed career opportunities to young people in their community.

Councils are more accountable to their communities than the other two levels of government and, if ratepayers are dissatisfied with councils’ spending decisions, they can and do make representations to councils. Ultimately, the local community directly votes councillors out who fail to meet the community’s requirements.

Local government is consequently often referred to as the level of government that is “closest to the people”.

Communities have now come to expect an even broader range of services from local government than had been provided in past decades. It has also been noted that services and responsibilities have expanded in response to shifts in public policy from other levels of government.

The view of local government as being confined to roads, rates and rubbish is long gone, in both practice and in terms of what communities expect. Australians want their local government to be responsible for a diversity of activities in their own local community, with planning for the future being among the most important.

Studies have also shown that the level of trust that communities have in their local council is comparatively high. For example, a Griffith University study found that 60% of Australians have trust and confidence in local government’s ability to carry out its responsibilities and that this is higher than that for federal and state governments (1).

Where rates fit in the picture

Rates are a major source of funding for many councils. They are the sole form of local government generated tax revenue and are considered to be an efficient form of generating funds (2).

The ability of councils to raise sufficient revenue from rates can, however, be suppressed by state governments who impose rate capping policies. It is a process which places limits on the total amount that a council may charge its rate payers (3).

Issues of concern arising from rate capping can include the following:

Local governments initiate consultations with community members about the need to increase rates in order to improve services and ageing infrastructure. However, a rate capping regime imposed by a state government (such as in NSW) will inhibit municipal authorities from being able to adequately meet goals for infrastructure repair and development, for example. It is estimated that NSW local government has a $7.6 billion infrastructure backlog after decades of rate capping.

The ASU argues that councils need to be responsive and accountable to their communities. The matter of rates flows out of this fundamental responsibility. If individual communities demand particular levels of service delivery that require collecting higher rates, it is their democratic right to expect this from their local council. If the community feels that their council finances have been mismanaged, raised unduly or, in fact, not raised enough to meet demand, they will make their elected representatives accountable, up to and including loss of elected council office, if they choose.

Rate capping is therefore an inappropriate infringement on local council democracy and governance and should not be supported, especially by a level of government that cannot be adequately held responsible by the communities adversely affected by their policy.