The ACTU is calling for a $27 increase in the minimum wage to $667.90 per week or $17.58 per hour. The ACTU's submission to the Fair Work Commission's Annual Wage Review shows minimum wages are at a record low of 43.4% of average weekly full time earnings and that inequality in Australia will grow even further without a $27 pay rise for the lowest paid workers. 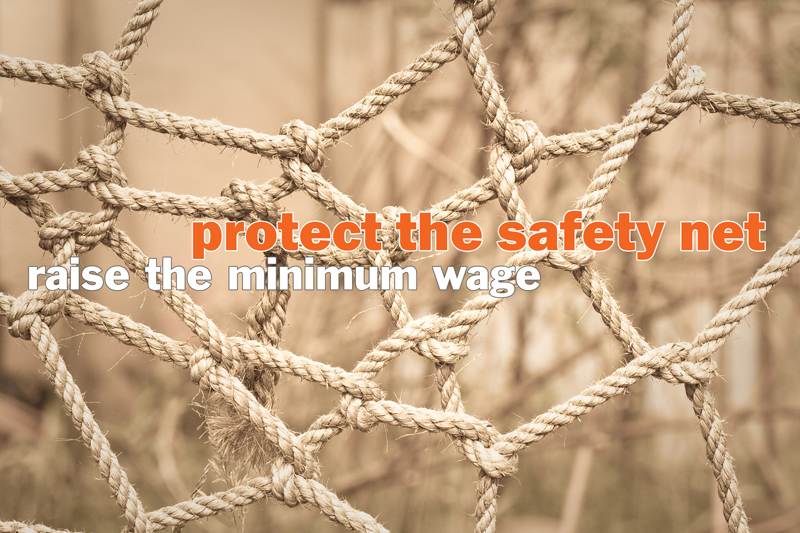 Australia had the biggest drop in the minimum wage as a percentage of the average wage of any OECD country between 2003 and 2013.

If this trend continues, Australia's minimum wage will be on par with the United States by 2037 and our society will have an entrenched underclass of working poor.

In addition to a $27 per week increase to the minimum wage, the ACTU is also asking for compulsory superannuation to be increased by 0.5 per cent to 10 per cent for minimum award wage workers.

This is to compensate Australia's lowest paid workers for the cut to their retirement savings caused by the Abbott Government's decision to freeze the 0.5 per cent increase to compulsory super that was due to come into effect on July 1 under the Superannuation Guarantee.

"A $27 per week pay rise for our lowest paid workers is essential if Australia is to avoid creating an underclass of working poor.

"There are already signs that Australia is developing a working poor with financial stress, deprivation and poverty on the rise among low paid workers.

"The Annual Wage Review is the only chance for 1.86 million of Australia's lowest paid workers to get a pay rise and it helps set the pay and pay increases of many more.

"Last year Joe Hockey raided the super accounts of Australian workers and that's why unions are fighting to get 10 per cent compulsory super reinstated.