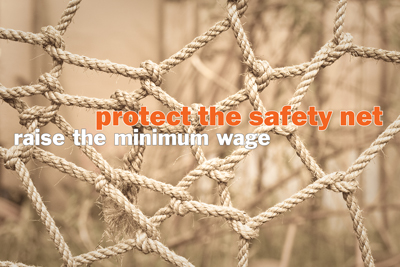 This increase is not enough to close the growing gap between average and minimum wages that is putting enormous pressure on our lowest paid.

As a result of this decision the national minimum wage will be just 43.3 per cent of average weekly ordinary time earnings, the lowest proportion on record.

The $16 increase represents an additional 2.5% per week for the national minimum wage. All award rates including those above the C10 tradesperson rate also received a 2.5% increase.

The ACTU called for a $27 per week increase to the minimum wage which would have delivered a $3.1 billion per year economic stimulus and contributed towards closing the wages gap.

ABS data proves that low paid workers and their families are under increased financial pressure with health costs having increased by 4.4 per cent and education costs by 5.4 per cent over the 12 months to the March quarter 2015. Childcare costs have grown on average by 7 per cent per annum over the last decade.

"A $16 per week wage increase for Australia's lowest paid workers isn't enough to close the gap with average wages.

"Every year that gap is getting wider and wider and will see Australia head down the path of an entrenched US style working poor.

"This decision won't relieve the stress on low income households in the face of increasing healthcare, education and childcare costs.

"Every year Australian Unions fight for a wage increase for our lowest paid workers but every year we're playing catch up.

"It's not good enough when profits are up, productivity is high, executive salaries are up and the Abbott Government delivered a small business bonanza in the budget – but once again workers are left with the scraps.

"Unions will continue to try and claw back the Abbott Government's cuts to superannuation.

"The reality is that any worker that wants a decent wage increase should join a union and get a collective agreement."