The Turnbull Government’s failure to strongly advocate to raise the minimum wage is a glaring and potentially costly omission, as the Fair Work Commission (FWC) today announced a $15.80 weekly increase for Australia’s lowest paid workers. 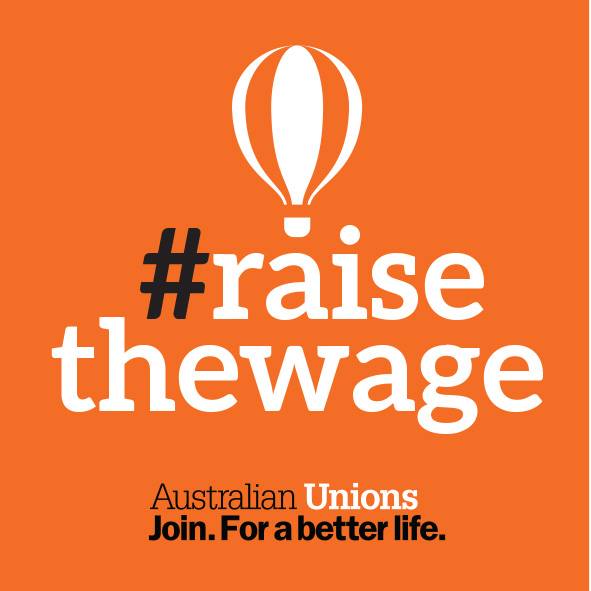 While unions are respectful of the FWC process and welcome any rise in wages, this increase is less than the 2015 rise of $16 per week and is still not enough to close the growing gap between average and minimum wages that is putting enormous pressure on our lowest paid.

As a result of today’s decision the national minimum wage will be just 44.8% of average weekly ordinary time earnings, due mainly to wage growth being flat across the board.

With the FWC next set to rule on penalty rates, there is a worrying potential for already lower paid workers to receive a double hit to their take home pay if Sunday rates are cut.

The $15.80 weekly increase represents an additional 2.4% for the national minimum wage. All award rates including those above the C10 tradesperson rate also receive a 2.4% increase.

In its submission to the FWC’s Annual Wage Review, the ACTU argued that minimum wage levels are still stubbornly low, with the resulting impact on inequality raising fears Australia is seeing an increasing US-style underclass of working poor.

Australian Unions are calling for a medium term minimum wage growth target, and would like to see the Fair Work Commission provide some guidance on how this can be achieved.

“Unions argued for a $30 a week increase in the minimum wage for 1.86 million Australian workers, it’s only through our actions that the wage was lifted at all.”

“However we are disappointed in the missed opportunity to truly narrow the gap between the minimum wage and average earnings – now would have been the ideal time to lift the minimum wage.”

“While inflation is currently 1.3% and the minimum wages rise is 2.4%, this gap will be blown away in the event of a returned Liberal Government that will bring increased costs to workers for essential health care and education.

“And if penalty rates are cut, workers will fall even further behind.”

“Malcolm Turnbull says he wants to see an Australia of high wages and high standard of living, but he’s missed the opportunity to put his money where his mouth is by putting in a submission backing a meaningful minimum wage rise.”

“I can’t help but wonder if there would have been a different outcome today if the weight of the Commonwealth Government was on the side of workers in this hearing.”

“This was the right environment for an affordable $30 a week rise – the economy is growing, productivity is up and inflation is low: the perfect time to look after the needs of low paid workers.”