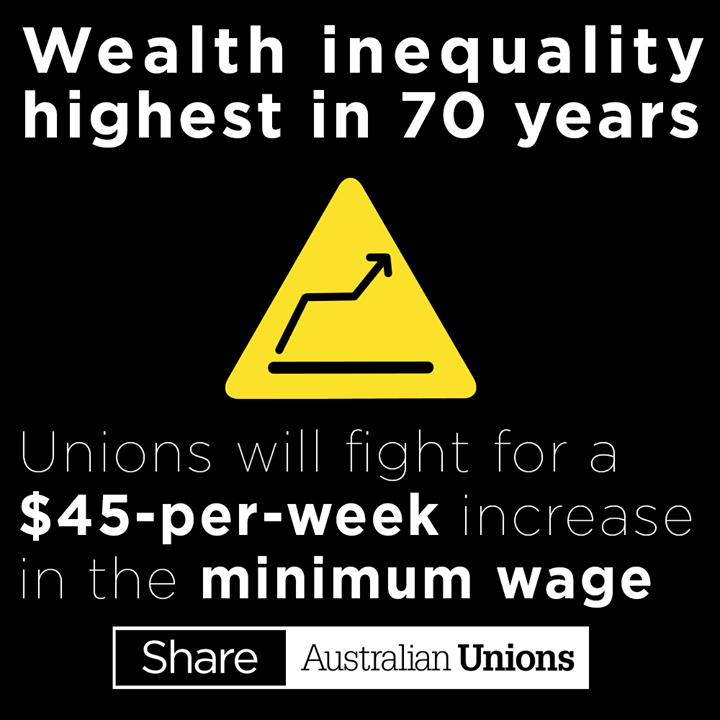 In her speech to the National Press Club, Sally McManus said the ACTU’s submission that we should increase the minimum wage by $45 a week would not only boost family budgets, it would flow on to a substantial pick-up across the whole economy.

“We are living through a time when corporations and the very rich have become far too powerful and this has happened so quickly that our laws and rights – and the things that keep things in balance – have not kept up.”

“Wages are a symptom of that. Just a generation ago a young person could finish school and have a good chance of getting a good, steady job when they wanted one which would provide enough for them to buy a house, start a family.”

“Today Australians are less secure in their work, living costs are rising, and wages have not kept up. At 1.9%, wage growth is pathetic and not even keeping up with inflation. There are 2.3 million Australians who earn the minimum wage - that’s nearly one in five workers. When wages stagnate, people do not have enough money to put back into the economy.”

“Australian Unions have won that fight before. We won changes that improved our living standards like bringing in the minimum wage in the first place, not to mention paid leave, the weekend and whole range of other improvements.”

“The ACTU, on my watch, will lead a movement to rewrite the rules and reinstate equality for working people and their families.”

What even is the minimum wage?

The ASU has maintained a thorough history of the minimum wage on our website for many years. It's a popular page because it explains succinctly what it's all about. Visit it here: ASU Minimum Wage & Award Safety Net Review webpage.