In last night’s Budget the Federal Government tried to sweeten the state government pot. The formula to top up state assets with resources obtained from the privatisation of Medibank, recently discussed between state governments and the Commonwealth, might sound a good idea, but it will have a negative effect on state governments if they accept the offer. 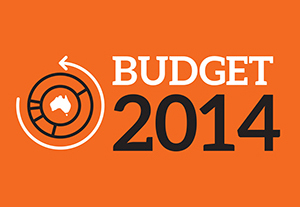 The effects would be felt in both financial income to the states, loss of regional employment as well as reduced services and the movement of monies overseas, not to mention increasing the Australian balance of trade through increased foreign capital.

"State governments should be advised not to fall into the trap of considering this option and to look beyond a year one 15% percent incentive," said ASU Assistant National Secretary Greg McLean.

"If you were to take a 15% increase in sale revenue and spread it over the life of the asset the amount would be far less than half of one percent based on a short 30 year asset going forward value."

"State governments, local government, communities, public sector asset employees, as well as their unions, should oppose this pea and thimble trick of the Federal Government that will see communities and families lose and see the price of the services increase. Any asset once privatised must increase its charges to get its revenue stream increase to offset its asset spend, let alone the additional increase in asset price and in turn charges if the asset is onward sold for a second or third time," said Greg McLean.

The public has come to realise that privatisation means:

In the case of the NSW poles and wires corporations, as an example, that returned almost $1 billion to the NSW Treasury this past year. That would mean the sale revenue would need to be many, many times this figure, even with a 15% bonus, just to break even. And that figuring does not include the above short and long term negative effects.

The ASU commissioned paper, "Electricity Privatisation in Australia - A Briefing Note" produced by Dr Phillip Toner of the University of Sydney, plus a range of news items from the media earlier in the year and numerous international examples all support the view that privatisation of state government assets, with or without a Federal Government subsidy, just does not add up and is a failed economic mantra.

Need to understand the Budget better?