Following the decision last week by Qantas CEO Alan Joyce to sack 5000 workers, the Australian Council of Trade Unions and your Union called a crisis meeting with Mr Joyce and his management team to find out why they are pursuing a strategy of savage job cuts that will hurt their hardworking and loyal workforce, instead of a strategy for growth. 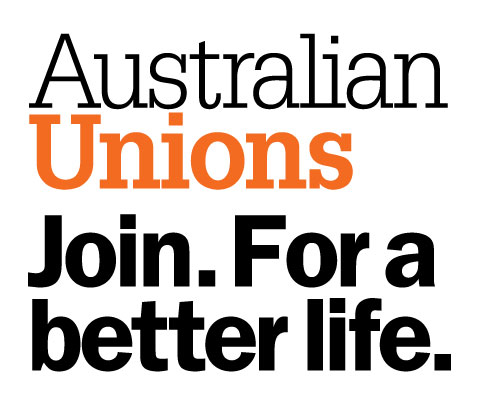 The situation for Qantas workers drastically worsened last night when Prime Minister Abbott gave the green light for many thousands of jobs to go overseas with changes to foreign ownership restrictions in the Qantas Sales Act.

Many members and their families are about to have their lives significantly impacted by the decision of Prime Minister Abbott to sell off Qantas and the decision by Alan Joyce to sack 5000 workers without any consultation with the workforce or any explanation as to how this figure was arrived at.

These two significant decisions in the space of only 4 days have thrown our national carrier into further turmoil and it's time Prime Minister Abbott and Alan Joyce got their acts together and sorted out a sustainable plan for growth for the future of Qantas.

Australian Unions do not accept that a plan for job cuts is a sustainable plan for the future of Qantas. We will fight for every job and we demand a plan from Qantas that utilises the knowledge of its workforce to shape a better future for our national airline.

So far Alan Joyce and his management team have refused to explain why 5000 jobs must go, where and when those jobs will be cut, what alternatives they considered to avoid job losses and they have refused to consult the workforce and their union representatives about options to minimise redundancies.

Mr Joyce has refused a Union proposal to appoint an independent expert to analyse the airline's financial situation to assist in identifying alternative options to the proposed 5,000 FTE redundancies and he has refused to provide any commitments to the job security of Qantas' remaining 26,000 employees.

With news from Prime Minister Abbott last night that they will not provide Qantas with a debt guarantee but seek to make changes to the Qantas Sales Act, there are even more question marks over the future of Qantas and our members.

This is not good enough. Qantas union members deserve better.

We acknowledge that this is a difficult time for the airline and we remain committed to working with Qantas to developing a sustainable plan for growth for the future but this must be done through a process of genuine and transparent consultation.

If Alan Joyce and his management team are serious when they say they value their workforce then they must come to the table with answers when we meet again on Wednesday 5 March. Your union will be holding meetings with members to discuss your views.

The future of Qantas is something the Australian community and all Qantas members have an important stake in. It is essential that the Australian Government and Qantas management take responsibility for ensuring the sustainable future of our national carrier – one of Australia's great icons.