Media Statement: ASU takes Qantas all the way to the High Court over JobKeeper wage theft 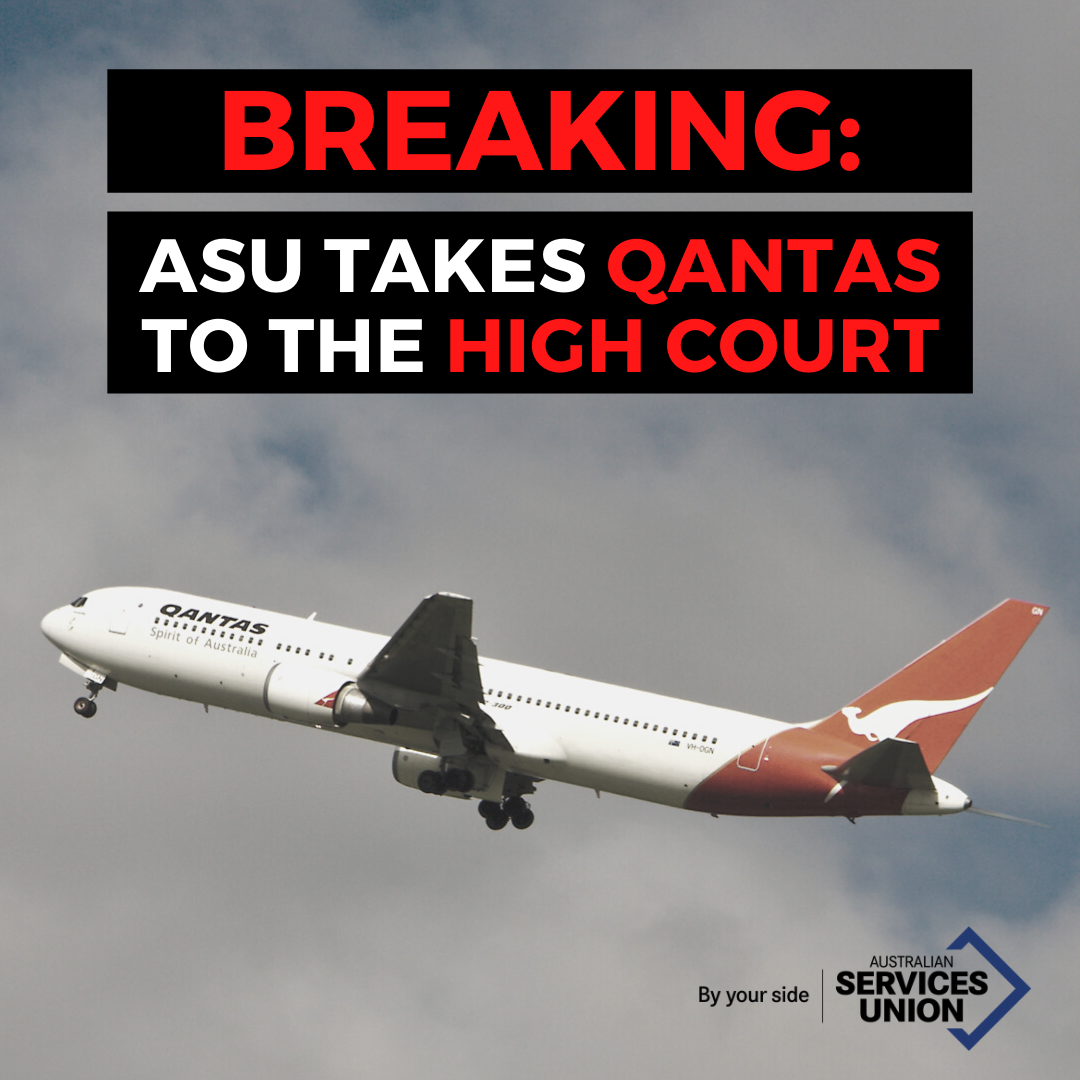 The Australian Services Union together with other unions will take Qantas to the High Court today over the airline’s misuse of JobKeeper which has seen many workers ripped off their pay after working public holidays, weekends and overtime.

The fundamental argument is that employers should not be able to use JobKeeper to pay penalties, which is how JobKeeper was designed in the first place.

Instead, Qantas has been gaming the system so that it can avoid paying penalties to workers. This has cost many workers more than $10,000 since the JobKeeper scheme started. The Federal Court in September agreed Qantas should pay workers for the shifts they worked but a later court judgement backed the airline.

We are asking the High Court to put a stop to this wage theft and return the money into the pockets of Qantas workers.

Emeline Gaske, Assistant National Secretary of the Australian Services Union said that the way Qantas has pocketed money that should be paid to workers for overtime and penalties is totally unconscionable.

“If someone works overtime in a given fortnight they should be paid for that overtime, and the fact is that the overtime is not being paid,” Ms Gaske said.

“What Qantas has done has cost many workers more than $10,000 – money they have earned by working long hours and night shifts which Qantas has simply pocketed.

“Qantas should not be taking pennies out of their workers’ pockets at such a tough time for workers, especially shortly after announcing a $124 million profit result.

“The pandemic has been devastating for airline workers, and a full recovery is some way off yet. Qantas must stop these games, pay their workers correctly and stop adding to the financial stress being experienced by many of its workers.

“This is the clearest example of wage theft we’ve seen by airlines to date and all while manipulating the scheme set up to get workers through the pandemic.

“Qantas workers have bent over backwards for the airline during this pandemic and this is a disgraceful response from the company. Qantas should be treating its workers with respect and pay them what they deserve – not wasting money on lawyers to find tricky ways to get out of paying their workers properly.

“This case in the High Court will determine whether employers across the country are allowed to dodge their responsibility to pay overtime and other penalties to workers in this way, making it a landmark case for all workers in Australia.”

Media Statement: ASU takes Qantas all the way to the High Court over JobKeeper wage theft