Unions have always said the Productivity Commission Inquiry was called by the Abbott Government in order to cut penalty rates, the minimum wage and rights at work – the interim report released yesterday confirms that. 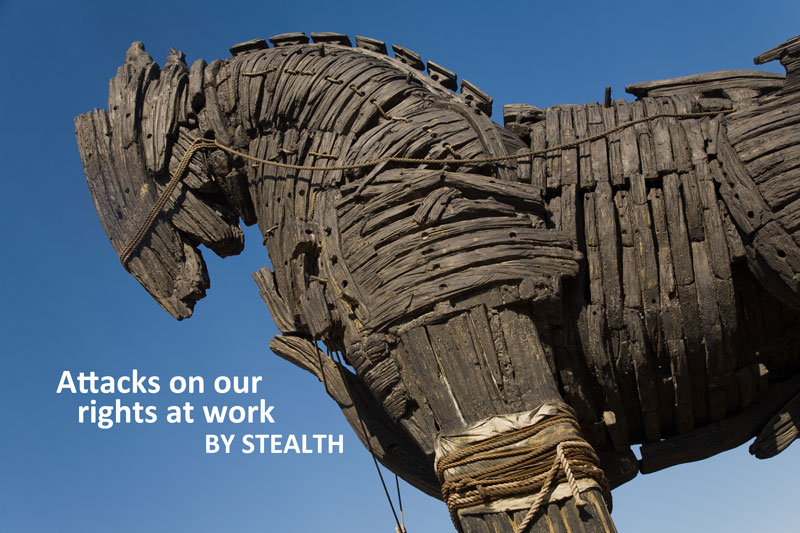 Penalty Rates to be cut

The report calls for a two-tiered workplace system with Sunday penalty rates to be cut for workers in hospitality, entertainment and retail but remain the same for health and emergency service workers.

What that means for ASU members in airlines (is this considered retail?), local government, energy (is that classified as an emergency service?), call centres, etc, we are yet to determine as the Report is silent on this.

The proposed change to Sunday penalty rates is a pay cut for thousands of Australians who work in restaurants, cafes and shops around the country, and perhaps many more, depending on how widely the recommendation is intended to be imposed.

There is no evidence to show that cutting penalty rates increases employment or productivity – it is simply a raid on people's wages that will create an underclass of working poor.

With less money in their pockets to spend, cuts to low paid workers take home wages will result in businesses taking the second round of hits, usually small businesses in regional and rural areas who can least afford it. With consumer confidence already low, the proposal to cut penalty rates is especially bizarre!

It is worth noting also that in proposing a two tiered approach to penalty rates, the Productivity Commission is effectively saying that some people's weekends are more important than someone else's.

Minimum wage increases that 1.86 million Australians rely on will stagnate under the Productivity Commission's recommendations and will not take into account rising costs of living.

The gap between the minimum wage and average wages is currently the widest on record yet the Productivity Commission recommends using this as the starting point for future minimum wage increases, linking those increases to productivity and cutting this modest increase even further during high unemployment.

This means the gap between workers on average and minimum wages will never close and inequality in Australia will increase.

The ASU submission highlighted the fact that women workers are overrepresented in low-wage work, and therefore, we argued, minimum wage increases are an important tool in ensuring the gender wage gap doesn't increase any further.

Attacks on rights at work

Rights at work are also under attack with a recommendation to expand individual contracts that would sit outside the award system, which is the safety net for the most vulnerable workers.

This is worse than Australian Workplace Agreements (AWAs) that were put in place under the former Coalition Government's WorkChoices laws and saw workers given no choice but to sign unfair agreements that removed their rights and conditions.

Hundreds of thousands of Australians marched against the former Coalition Government's industrial laws merely eight years ago and despite Tony Abbott's promises that the old WorkChoices regime was "dead, buried and cremated" (and we all know how much we can trust those promises), this Federal Government appears intent on reviving this hated system of workplace regulation.

The Productivity Commission report also takes away payment for public holidays, attacks the power of the Fair Work Commission which is the independent umpire and makes it harder for employees to get help from their union.

>> Attend a Productivity Commission hearing to show your support for our rights at work!

Australian Unions call on the Abbott Government to rule out these recommendations and protect the wages and rights at work of millions of Australians.

"We're not surprised by the Productivity Commission's report because we predicted that they would present Tony Abbott with exactly the workplace reforms he wanted, whilst giving him the opportunity to wash his hands of direct responsibility."

"And the advantage of not being surprised is that we are ready to fight these proposals!" Linda White concluded.

The ASU submission lodged in March this year expressly supported current legislated minimum entitlements that provide for a strong and secure safety net of working conditions and entitlements through minimum wage decisions, Modern Awards and the National Employment Standards as our experience indicates that a strong and secure safety net is vital to ensuring workers receive a fair and reasonable wage (see the summary of key ASU issues and recommendations from our submission below or read the full ASU submission here).

The ASU will be lodging a supplementary submission in response to the Productivity Commission's Draft Report.

The ASU submission was lodged in March 2015.