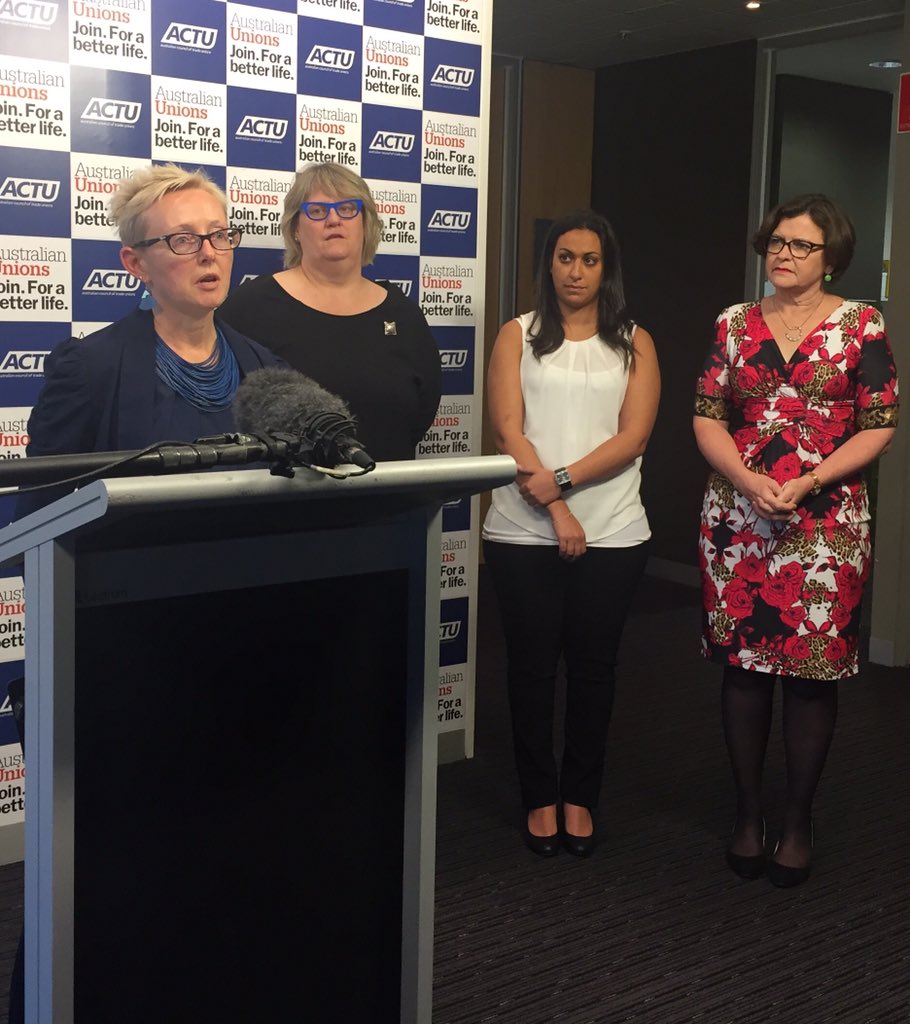 The Australian Council of Trade Unions (ACTU) has received independent legal advice that shows the FWC decision opens the door to penalty rate cuts in other sectors for many, many workers.

The advice from law firm Maurice Blackburn shows that while some people think the penalty rates decision only affects hospitality and retail workers, it in fact puts other sectors at risk of penalty rates cuts.

Maurice Blackburn advised this is because the factors the FWC considered, including consumer expectation for services on weekends and public holidays, might be applied to other awards and sectors.

Maurice Blackburn advised the other sectors at risk include:

“The independent legal advice we received on the FWC penalty rate decision said nurses, teachers, community, disability, social, and transport workers, among many others, are also at risk of losing their penalty rates.”

“The FWC said hospitality and retail were different to other award-dependent sectors, however the advice the ACTU has received confirms this doesn't prevent penalty rates from being cut in other sectors.”

“The safety net is broken and must be immediately strengthened to ensure no Australian worker sees their pay go backwards.”

“The Turnbull Government opposes penalty rates and won’t protect them even though it has the chance, which is why Australian Unions will not stop campaigning until this decision is overturned with legislation that protects penalty rates and other conditions for workers.”

“Whilst the FWC went to great pains to state they were only considering the hospitality and retail awards, in reality their findings could be applied to many other industries.”

“In our view, this decision leaves the door wide open for any industry that works weekends and public holidays to also be hit with the same penalty rate cuts that will soon affect retail and hospitality workers.”

“The Commission based its decision on the basis that consumers now expect services to be available outside of ‘normal hours’. In our view however, based on this reasoning there is now no barrier to penalty rate cuts being extended to any other industry that also has to work weekends or public holidays, including nursing and health care, transport, security, cleaning services, construction, clerical workers, laundry services, hair and beauty industries, trainers, mining and factories.”

“Many workers in these industries, like retail and hospitality workers, are reliant on penalty rates to make ends meet. A broadening of penalty rates cuts to these other industries will be a significant hit for workers right around Australia.”