Superannuation theft to get worse under Fed Govt's changes 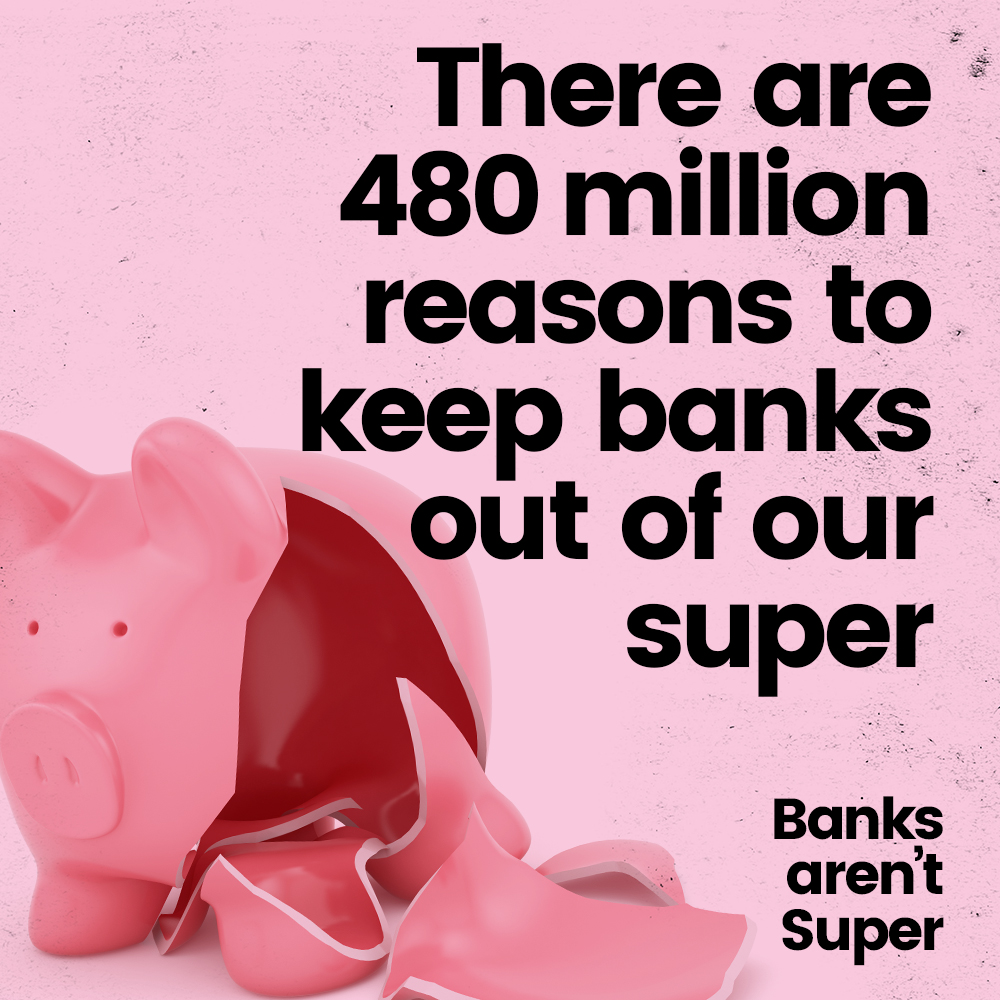 Independent research shows that $5.6 billion of super goes unpaid every year, causing millions of Australians’ financial security to be placed in jeopardy.

Jim Stanford, Director of the Centre for Future Work at the Australia Institute, reported that wage suppression and unpaid super could result in workers being short-changed $100 billion by the time they retire.

Unions are warning that this will increase with the Federal Government’s changes, as it will make it harder for unions to ensure employers are paying workers' super.

RIGHT: Big banks can’t be trusted with workers’ money. They’ve been forced to refund or compensate their customers $480 million in the past two years. CLICK HERE TO READ MORE

“Ensuring workers super is paid to the default industry fund is a difficult job for workers and their unions. Too many employers are trying to get away with avoiding their obligations already. Opening this up to allow in the banks will make it harder to ensure workers are paid properly.

“The Government’s changes will mean that workers’ super payments will be accessible to the big banks, and that as a result, it will be harder to ensure employers are paying workers their super.

“By removing single fund provisions from bargaining arrangements, the Government is attacking people’s chance of a dignified retirement, by making it harder for unions to ensure that workers are being paid what they're meant to be paid.

“When workplaces have a single fund, super funds work with employers to ensure they are paying their workers the right amount of super, and on time. If the Government gets its way, good employers will find it harder, and unscrupulous employers will abuse the confusion and steal workers’ retirement incomes.

“Every year, billions of dollars in super is not paid to working people. It puts their future financial security at risk. Unions spend a lot of time ensuring workers super is being paid. Increasing the number of funds will make this work more time and labour intensive.

“We are deeply troubled that the Government would make changes to super which will not address the massive theft of workers’ super, but in fact make it worse.

“Instead, the Government has decided to attack working people, open up their financial security to the scandal plagued big banks, and make it harder for unions to do their job standing up for working people.”

“We urge the Parliament to block the Government’s superannuation bills to ensure workers financial security is protected in better performing industry super.”