Another generation locked into income inequality under Turnbull

Turnbull Government policies continue to worsen inequality for women with analysis of this year’s Budget showing younger women are some of the biggest losers. 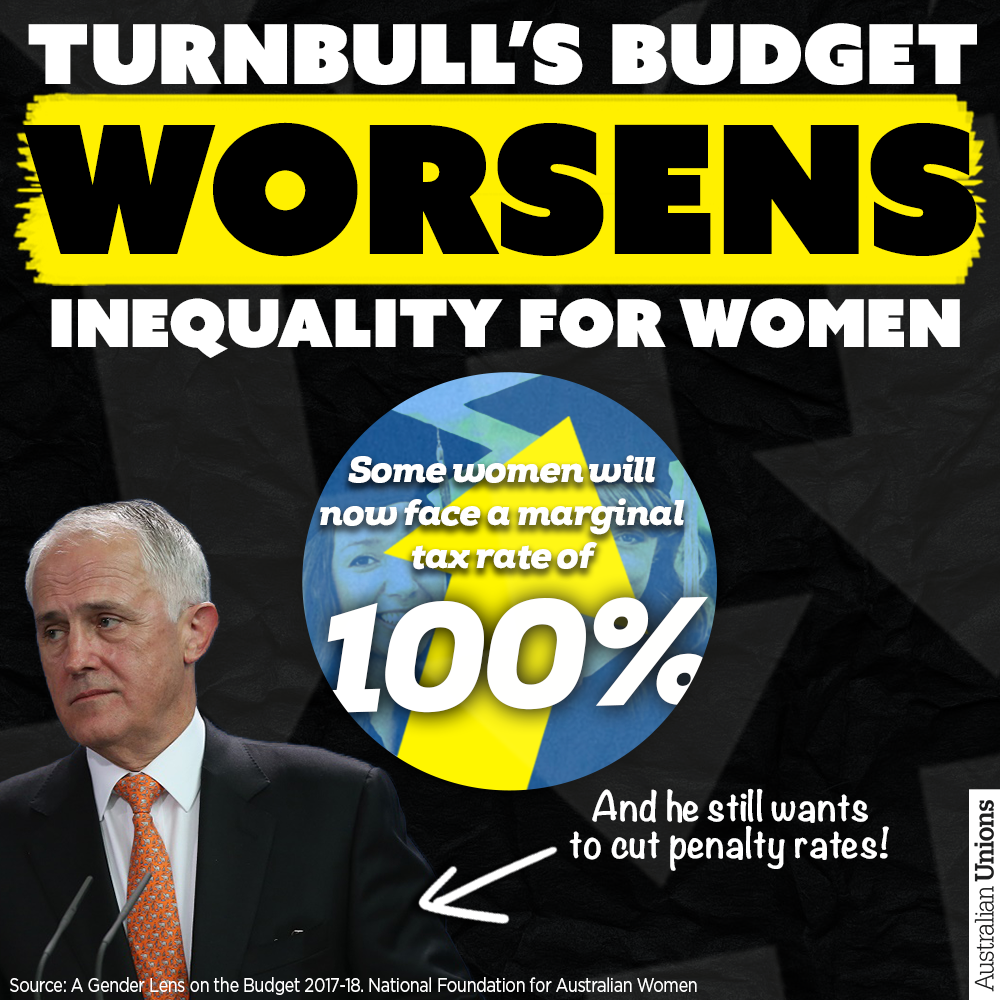 A study of Budget outcomes by the National Foundation for Australian Women reveals many of the measures will ensure women continue to experience less financial security than men and younger women are on course for a lifetime of wage inequality.

There has been no effort to improve gender inequality by the Turnbull Government and budgetary decisions effectively mean there is a disproportionately negative effect on women who are already over represented at the lower income levels.

For example a female graduate with a HECS debt, who also has children would experience a significant drop in take home pay also decreasing her superannuation savings over her lifetime.

Since the Liberals came into power in 2013, Australia has slipped from 19th to 46th place in the Global Gender Gap Report.

The ACTU calls on the Government to specifically outline how they will tackle growing gender inequality and ensure future budget papers are transparent with regards to the important issue of effective marginal tax rates(EMTRs) for different groups of women.

‘Women have been let down by the Coalition Government, including in its latest Budget; not only will gender inequality not improve, it will most likely continue to worsen under their watch.’

‘Another generation of women will have less money, less opportunity and less financial security because they’re earning lower wages than their male counterparts from graduation, to childbearing years and right through to retirement. ‘

‘Tackling gender inequality is a huge challenge, we know this, however the job of government is to try and make lives easier, not harder.’

‘Anti-women Budget measures along with the ongoing attacks on penalty rates only serve to highlight the Turnbull Government’s inability to understand the lives of working people.’