Today at Prime Minister Malcolm Turnbull’s electorate office in Edgecliff, hundreds of community sector workers rallied and delivered pledges to the office collected from around Australia supporting their sector. Accompanying the pledges was a series of demands directed to Mr Turnbull to repair the damage done to local communities through over $1 billion worth of Coalition funding cuts to services. 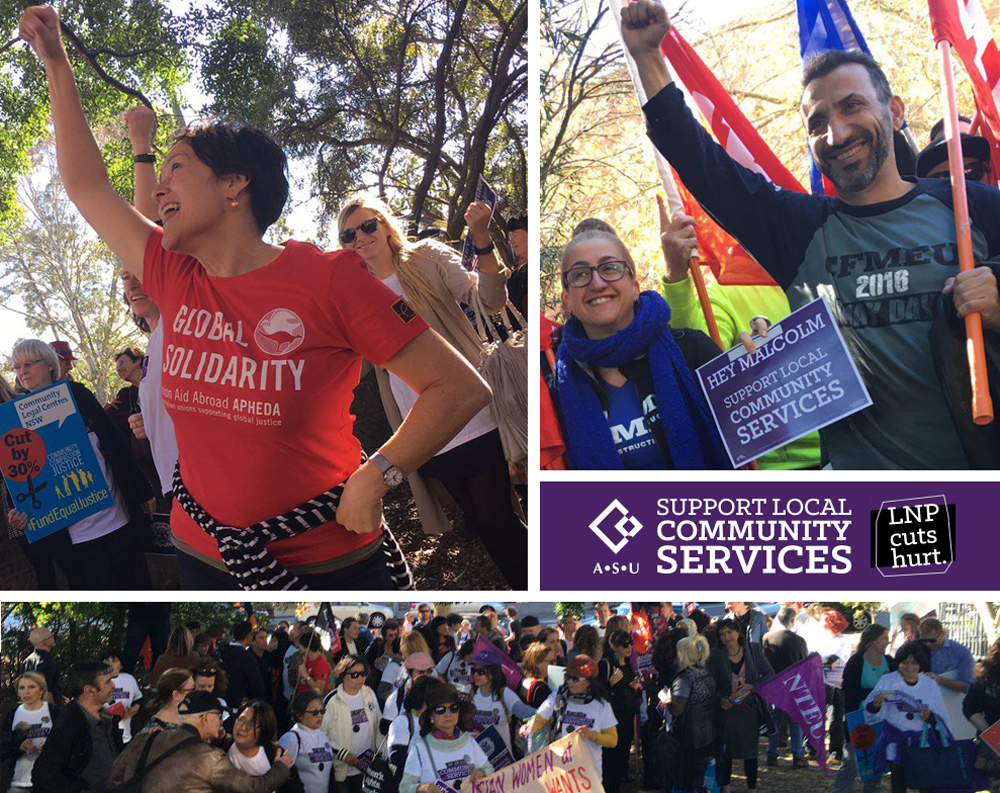 The rally asked the Prime Minister to consult his brain, listen to his heart (the Tin Man was there to make this point) and use his courage to acknowledge that the community sector cuts imposed by his Government are devastating to local communities, and to repair that damage.

Watch the rally videos if you couldn't be there

For some colour and movement, it's a dance action to Aretha Franklin's "Think" to remind Mr Turnbull to consult his brain. Very appropriate lyrics!

Mr Turnbull, you better think, think, think about what you're trying to do to our local communities!

Is this Federal Government serious about creating a better future?

If Mr Turnbull is at all serious about his proclaimed desire to build an agile and innovative Australia that tackles the future without fear, he needs to step out from behind the Wizard of Oz’s protective curtain. The Prime Minister needs to front up to genuinely address how we must strengthen our local communities by helping vulnerable individuals find a way out of the destructive cycle of harm that many are caught in.

Continuing with the cuts of over $1 billion from community services can only be interpreted as Mr Turnbull turning is back on Australians who rely on his protection the most, turning his back on them, their families and their communities.

For a breakdown of the community sector cuts, please visit: Stop closing the door on vulnerable people - ASU calls for increased funding. 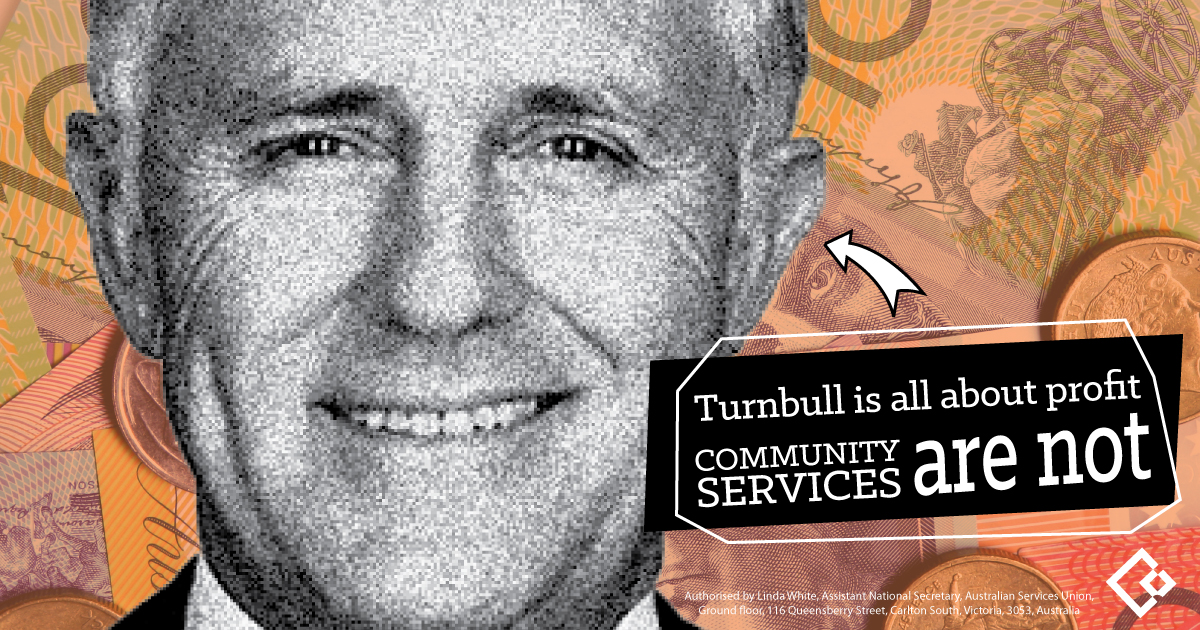