In 1995 at the Fourth World Conference on Women, the Beijing Declaration and Platform for Action, referred to as the "the most progressive blueprint ever for advancing women's rights" was produced. However, 20 years later and progress towards the goals unanimously accepted by the representatives of 189 governments has not been satisfactory. The ASU says #MakeItHappen already! 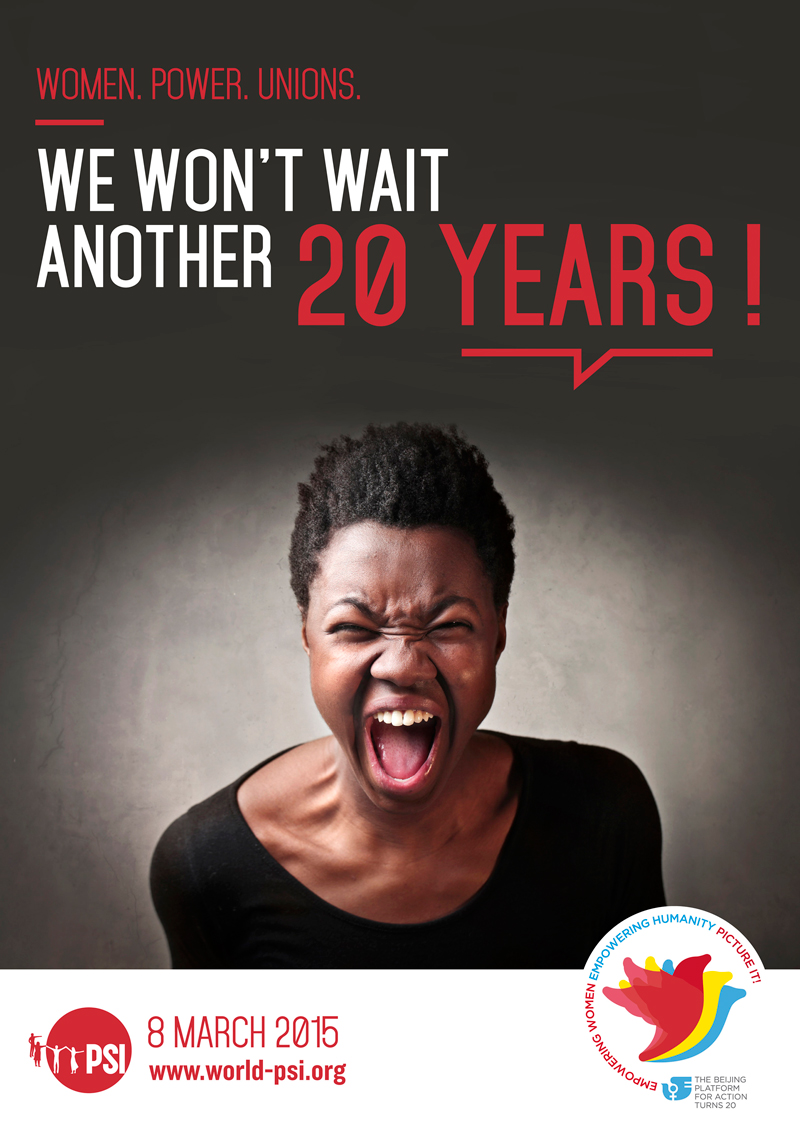 The Platform for Action attempted to put the world on a path where:

We are clearly not there yet, not even in Australia with the gender pay gap growing and a renewed focus on a national epidemic of family violence.

The ASU's international affiliate Public Services International (PSI) along with the International Confederation of Trade Unions (ITUC) and Education International (EI) are demanding a bold shift in approach. In November last year they submitted a statement to the United Nations expressing their concerns and posing future steps governments can take to actually make a difference, from targeted investments to labour reforms.

PSI General Secretary Rosa Pavanelli says: "Gender equality has not been achieved in the last 20 years. We need a political, social and cultural shift and recognise that pro-women and pro-worker policies will make the difference and trade unions have a key role to play in this process. Empowering women indeed empowers societies."

This video reflects on the unsatisfactory progress towards the goals of the Platform for Action by Natasha Stott Despoja, Australia's Ambassador for Women and Girls

Solidarity actions you can be involved in for #IWD2015

International Women's Day is a time to celebrate, to reflect and to think about what we will all do tomorrow to make gender equality happen.

REMEMBER: the Sydney IWD March is on Saturday 14 March 2015 not on IWD itself