ASU at #BustTheBudget rallies across the country

More than six weeks ago, the Abbott/Hockey Federal Budget hit Australians so hard, that the resulting anger continues to shape the public dialogue today. The Coalition Government is continuing to hold firm to their draconian plans for Australia, despite the widespread outcry. Let's show them that we will not forget or be lulled into passivity – take action! The latest national action is rallies across the country on Sunday 6 July and this weekend if you're in Tassie. 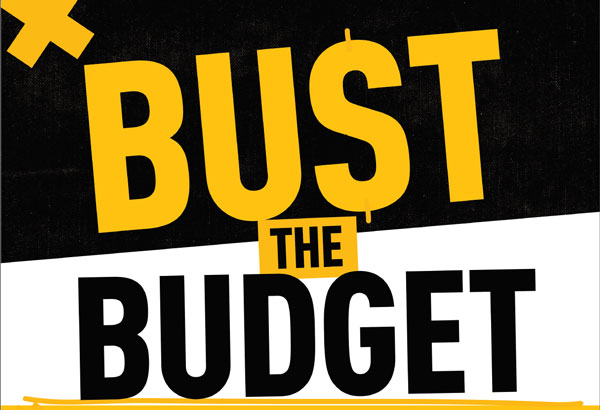 Note: Tasmania's #BustTheBudget action is this weekend in Burnie – download the flyer here

The union movement will rally to Bust The Budget across the country and we are calling ASU members and friends to join these actions. We need to let the Federal Government know in no uncertain terms that their Budget will not be tolerated. We need to impress upon Abbott, Hockey and co that their Federal Budget does not reflect our community standards of fairness and compassion.

All ASU members will be touched in some way by Budget measures we believe undermine the Australian concept of a fair and civil society. Many ASU members will also be affected directly at work:

These Budget changes will have flow on effects to our communities who will see quality services undermined or removed entirely.

There are many more areas causing grief in the community, some of the key ones are:

ASU at the rallies

The ASU will be officially sending delegations to the rallies below.

Rallies will also be held in Canberra, Brisbane, Perth, Lismore and Wodonga on 6 July. If you're on Facebook you can get more details here:

Send us your rally photos

If you are attending a rally, send your selfies and photos of family and friends to webkeeper@asu.asn.au for our photo album. Better yet, wear your favourite ASU T-shirt!

Local government hit directly and indirectly by Federal Budget, 14 May 2014

Concerns over forced privatisation of state government assets, 14 May 2014

Next generation bears the brunt of horror budget - youth unemployment could rise, 14 May 2014

Time to heed electricity privatisation lessons from Victoria & SA before it's too late, 26 June 2014