The Australian Council of Trade Unions today said urgent action was required to tackle corruption in the banking and finance sectors and tax avoidance by big companies. The ASU supports this call as we have been campaigning against unfair tax practices that put the burden of funding our society disproportionately on workers and those least able to afford it. We've also been shining a light on corruption that leads to worker exploitation and free passes for organisations and individuals who operate illegally. 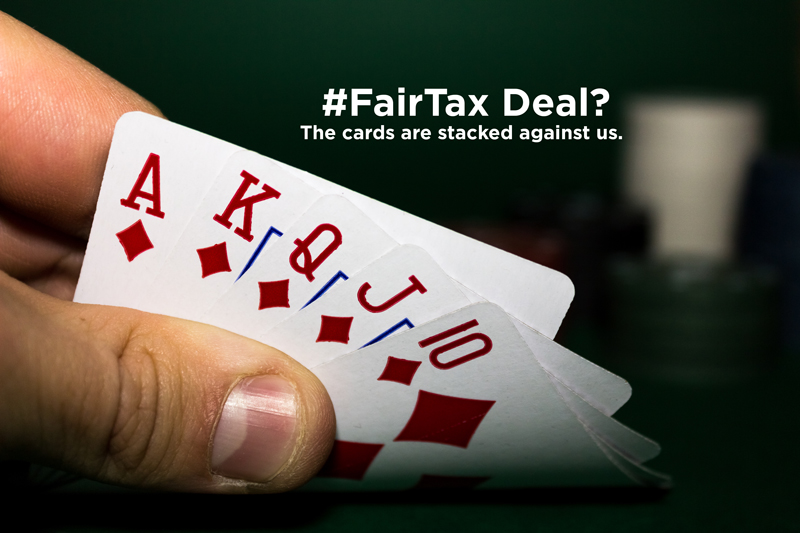 ACTU President Ged Kearney said most Australians had lost confidence in the tax system and were shocked to learn the extent of tax avoidance by big companies.

New research released today by the ACTU shows that only 9 per cent of Australians feel the tax system is working (see polling results table below). Most Australians were shocked to learn that 38 per cent of corporate entities paid no tax in 2013/14.

In the context of recent reports published by the Australian Tax Office drawing the curtain of secrecy aside to reveal a glimpse into the true nature of corporate tax payments, public anger was inevitable and is warranted. While Malcolm Turnbull and his Coalition Federal Government scramble around looking for a way to justify a cut to corporate tax rates in the upcoming budget, the ground beneath their arguments is swiftly disappearing! And then there's the Panama Papers scandal to make us all even less trusting that we aren't constantly being ripped off by corrupt big wigs.

Today, an open letter to Malcolm Turnbull from 50 eminent Australians including Bernie Fraser, former governor of the Reserve Bank; Ged Kearney, President of the ACTU; and Nobel Prize winner, Professor Peter Doherty, was published in the media to urge the Prime Minister and all political leaders not to cut taxes at this time - and certainly not for companies. From the letter:

"And real tax reform also requires fairness. A serious tax reform package designed to be ‘fair’ should address as a priority the current generous tax concessions to the top end of town, the inequitable distribution of superannuation tax concessions and the capital gains tax discount, not how to give big business large company tax cuts at the expense of services that everyday Australians rely on. Cutting programs which support needy Australians to give more tax benefits to companies or large income tax cuts to the wealthiest is not fair." [Full copy of the open letter can be found below.]

Unfortunately, it's not just our broken tax system which is angering Australians. Media reports have been full of corruption stories on a regular basis, from workers' being exploited on a huge scale by the 7-Eleven chain of convenience stores to more recent reports of the Unaoil global bribery scandal that includes Australian companies and individuals.

It's not surprising that recent polling found nine in ten Australians supported the establishment of a national corruption watchdog – an Independent Commission Against Corruption. When finally presented with the facts about widespread serious corruption in all sorts of organisations, Australians are not holding back from demanding appropriate action.

Find out more about the campaign for a national anti-corruption commission here: 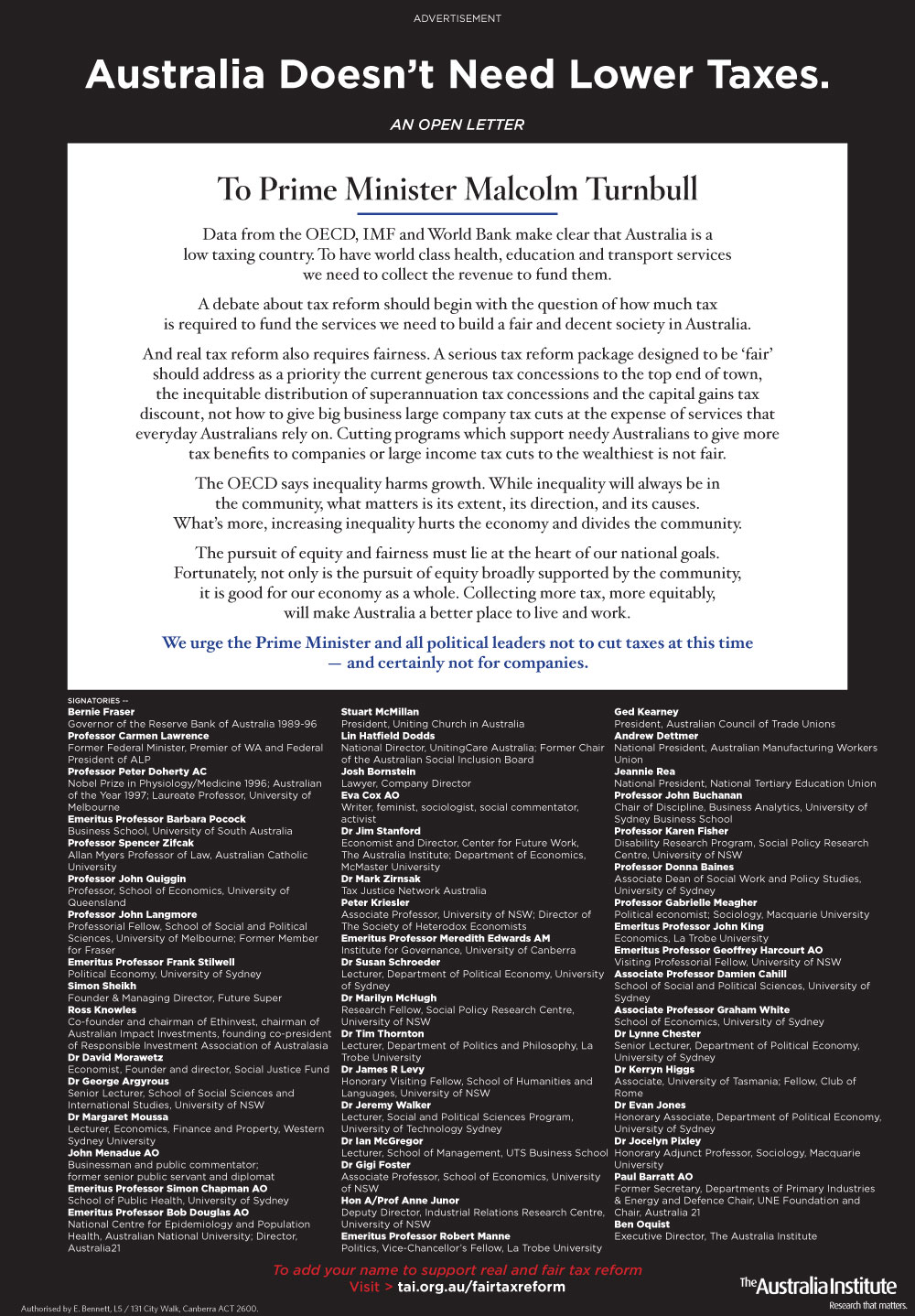 “The inequality and corruption in our current system needs to be fixed. We need a national corruption watchdog and a Royal Commission into the banking and finance sectors.”

“We need to shine a light on the huge number of big companies that are exploiting loopholes in the tax system and the very real effects it is having on our under funded health and education systems.”

“Australians are sick of being told they must live within their means and accept cuts to services while our government allows big business to skirt their responsibilities.”

“The ACTU will run an aggressive campaign this election to make sure Australians realise the truth about corporate tax because it’s robbing us of the revenue needed to fund hospitals, build new schools and invest in infrastructure.”

“When confronted with the enormity of tax avoidance by our biggest companies, almost all Australians agree that action must be taken by the Federal Government."