Poverty & hardship in retirement was not what we bargained for

On Day Two of ASU National Conference 2016 the plenary and workshops sessions on "Superannuation for Women and Low Income Earners" provided some disturbing details of the plight of many ASU members and other workers across the country. When unions campaigned for and won universal superannuation our intention was that this system of workers' savings would ensure a comfortable retirement for everyone. Unfortunately, for various reasons, this has not happened. The ASU is redoubling our efforts in this area with more information in coming months. 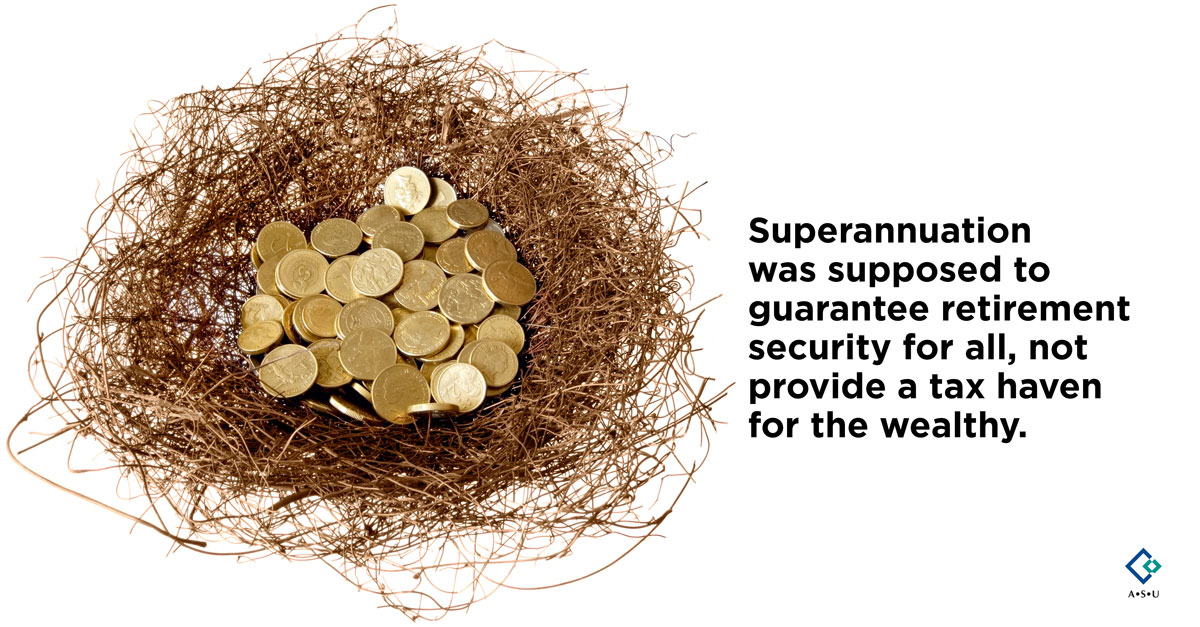 Dealing with superannuation and retirement inequality is urgent for so many workers who feel completely left out of the system, workers who are destined for poverty in retirement if Australia doesn't fix this.

To have worked your entire life either in paid employment or as an unpaid carer (a critical and often unvalued and disregarded element underpinning our economy) and then be rewarded with hardship or poverty in retirement is a slap in the face to these Australians.

As a society, we need to see all the interdependent parts that are needed to make it function. It needs to function for everyone, not just the powerful.

Comments submitted by ASU members and supporters in our surveys have thrown a spotlight on the lived experience of many people. We were concerned by what we read and the despair and fear that so many respondents expressed. Feelings of powerlessness have led many to ignore planning for retirement as few options are available to improve matters.

Thank you to all who shared their stories. We hear you and we are acting with more to come in the near future.

Below are links to the series of news items we have issued since last year on this project. More will come soon following the completion of a comprehensive review of the results from our two major surveys by Per Capita Australia.

We thank our Super and Retirement panel speakers:

>> Click on headlines below to read the full item

Everyone deserves to have a comfortable retirement and yet on average women retire with less than half the superannuation that men retire on. We’re seeking assistance from ASU members and supporters in our campaign to close this devastating superannuation gap that sees so many Australians facing financial insecurity and poverty in retirement despite a lifetime of contribution through work and caring. This vital work builds on the major survey we did in October 2015 but we need more information to build a compelling case that the Federal Government will not be able to ignore.

Last year the ASU conducted a broad ranging survey on financial insecurity in retirement. We presented a snapshot of some of our findings in our submission to the Senate Inquiry into economic security for women in retirement and appeared at the Senate hearing. We left the politicians in no doubt that major policy changes are required to prevent large numbers of women and their families from experiencing poverty and hardship. The recently released Inquiry report by the Senate Committee shows it agrees.

Last week the ASU appeared at the public hearings of the Senate inquiry into the economic security for women in retirement. This was a follow up to the submission we lodged last year. At the hearing we tried to draw a picture for the Senators that could capture the overriding anxiety we heard from workers in the survey we ran in October, as well as explain the solutions we think should be implemented to avoid hardship and poverty being the experience for any retirees.

The ASU recently lodged a submission to the Senate Inquiry into the economic security of women in retirement. Our findings, following a major survey of our members and supporters, leave no doubt that major policy changes are required to prevent large numbers of women and their families from experiencing the poverty and hardship that comes with little or no savings for retirement.

Financial insecurity in retirement – how do we address inequality to avoid hardship & poverty?
6 October 2015

To coincide with the Senate Inquiry into the economic security of women in retirement, a problem of financial hardship that affects households all over Australia, the ASU has launched a survey seeking views from our members and supporters. We encourage you to complete the survey as it will assist us to shape our submission to the Inquiry. The deadline for survey responses is Monday 19 October 2015.